Birth of an Obsession – The Kinks 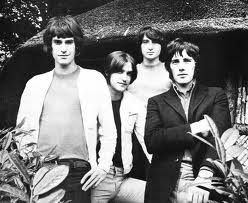 Amazing how your life can change almost overnight. Before and after the Kinks. Of course, for Ray Davies, there’s probably a B.D. (Before Dave) and an A.D (After Dave). And it all hangs on my marking the Kinks programmes on BBC4 in the TV guide (Kinkdom Kome and Imaginary Man), thinking they might be interesting, wanting really a chance to hear ‘Celluloid Heroes’ again, a song that moved me long ago. Must have listened to it on a little transistor. Perhaps because of the poor reception, I always thought the line about Marilyn was ‘Should have been made of vinyl steel [rather than ‘iron or steel’] but she was only made of flesh and blood’. Can anyone tell me why these verses are not in later live versions of the song? But it was really only chance that I watched any of this retrospective. So completely random and now I’m so glad that I did. It seems that I was just waiting around for something to obsess about.

I don't know if it’s good or bad the way I am. At any point I can develop an obsessive interest in something. Obviously I liked them in the past. But only a little. Particular songs I remember hearing on oldies stations are ‘Celluloid Heroes’, ‘You Really Got Me’, ‘Waterloo Sunset’, ‘Lola’, ‘Sunny Afternoon’, ‘Dedicated Follower of Fashion’. Certain songs are very familiar to me when I hear them again – ‘Dead-End Street’, ‘Autumn Almanac’, ‘Set Me Free’, which I don’t think I realised was the Kinks but probably thought was the Beatles, and ‘Come Dancing’ but I never truly appreciated their genius till now. Plus in the old days, it wasn’t only the fact that I didn’t have the means to indulge an interest in something and I didn’t – I had no power at all, let alone purchasing power. In those days, I was acted upon and not acting because of the way I’d been brought up or maybe simply because I was a child. But the means itself didn’t even exist.

Now of course there’s youtube, which has enabled me to rediscover the Kinks, gradually, live and on record, at different stages in their career. I always thought of them as whimsical and witty, not quite serious but they’re so much more than this. Ray Davies, observing and commenting on the world around him, with accuracy, wry humour, irony and affection, long before Damon and Jarvis. Now I can't believe how much time I’ve spent in the last week just watching or listening to the Kinks, wondering about them, well, the brothers mainly and their fascinating relationship. It’s total immersion. And I wonder: is it only me that gets like this? Or do the Kinks do this to everyone who takes the time to really listen? I actually feel lucky to care so much about something, and that there is something special enough to involve me so completely. The music is paramount but let’s face it, the Davies brothers are intriguing and charismatic, in performance captivating, which doesn’t hurt. Now, when I’m working (so fortunate to work from home), I have to have a ‘Kinks break’ every half hour or so. After more than an hour, I start Jonesing for a song. The songs are something else. 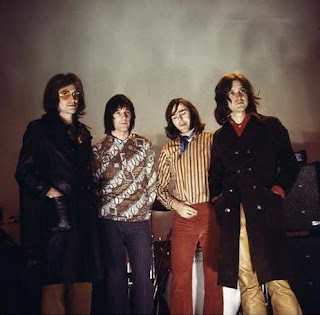 So begins the voyage of discovery, a magical mystery tour entirely dependent on the efforts other music fans have made to download tracks (famous, rare, from obscure foreign TV shows, live, studio, audio only) and interviews onto the net. Thank you to everyone. Now the songs that we listen to most are not the ones we knew although all those songs are glorious but earlier or later ones, like ‘Tell Me Now So I’ll Know’, a perfect jewel of a 60s pop ballad, the angst-ridden ‘This Man He Weeps Tonight’, the Dylanesque ‘God’s Children’, the later, rocked-up version of ‘I’m Not Like Everybody Else’, with either brother singing lead or the melancholic anthem, 'Rock 'N' Roll Fantasy'. Not to mention the solo material – ‘Imaginary Man’, 'Flowers in the Rain'; I could go on but this is only meant to be an introduction.

And so it begins. From a stray spark on BBC4, a fire has been lit. (Sorry – I seem to have gone all Lord of the Rings). The fuel is inexhaustible with more interviews and songs coming online every day. At the moment, it feels like an eternal flame but I am anxious that, several ebay and Amazon purchases down the line, it will sputter and go out. Is it merely an infatuation or the real thing? Oh, who cares? At least I feel enthusiastic about something. As those other warring brothers might put it: ‘You gotta roll with it.’ 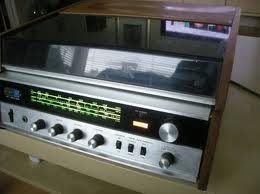 When we were kids, our family didn’t have a stereo, Dad had a Music Centre. Yes I think it had capital letters in our minds. We always used its full title. It was made by Hitachi, a make Dad has remained faithful to ever since. Like Schreiber for furniture. Somehow he came to the realisation and belief that this was the apex of quality and he’s never faltered from this faith. Nothing else will do. He still tries to get us to buy Schreiber today.

Anyway the Music Centre had a turntable, radio and single cassette deck. Much was made of the stylus that we believed was a diamond. If so, it was the only diamond in our house. The Music Centre had a smoked-glass-effect lid. There were lots of dials and switches whereby you could alter what came out of the speakers and increase the treble or bass plus the displays were backlit, adding more drama. It looked very grand, as fascinating to us as the control panel of an aeroplane or the dashboard of a car, with five knobs representing FM frequencies and an array of black push-in buttons for radio, turntable, cassette, mono, stereo etc. When you taped something from a record, you could see the sound levels rise and fall by watching a white needle (one for each speaker) waver back and forth. It was the height of sophistication and class, especially for us as we only had a black-and-white TV and had no idea that the Waltons were redheads or what colour the uniforms in Star Trek were. To us, they were all shades of grey. 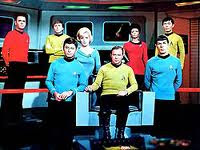 Our family has always been a little technologically backward and I only got my first mobile phone Christmas 2010 and still don’t really know how to use it. We’re not quite Luddites but we’re getting there. Or rather not getting there. Still prefer video to DVD and analogue to digital. Dad still has the Music Centre although somewhere along the line, we stopped using its full title and for a while it became just the stereo but the cassette deck no longer works and, as it got older, the right-hand speaker grew temperamental and would sometimes cut out. This could be got round in a couple of ways. If you held the stereo button down firmly for a bit and then let go, it would sometimes bring the speaker back or if you ran your fingers across all the buttons in the direction of the speaker, that might work. It was obviously some loose connection. Now the turntable and radio still work ok but Dad hardly ever uses it, preferring DVDs and CDs although at one stage, he rigged the sound from the TV to come out of the speakers. I still have a great deal of affection for it and the romance of vinyl and the gate-fold sleeve are not lost on me.
Posted by sshh at 08:35 1 comment: