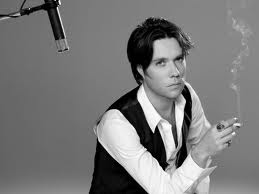 Writing this while listening to Rufus Wainwright’s version of ‘Bewitched, Bothered, Bewildered’. Although I think he’s a terribly interesting character, like something out of a fantasy, I have trouble liking his usually rather whiny and drawled delivery but for some reason, the way he slows this down really works and it seems totally heartfelt.

The lyrics seem to encapsulate his personality and personal trajectory in the same way that ‘Yesterday When I Was Young’ (hmm never thought I would like Charles Aznavour) seems to describe Helmut Berger (surely the ‘German film star’ from the Passions song). And when Frank Sinatra sings this, it’s about the girl rather than Frank but not so with Rufus. When he sings, it’s all about Rufus. Definitely. 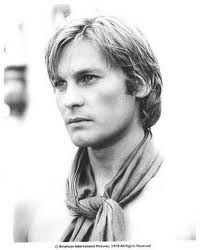 The thing is every time I hear it, it makes me want to cry because I quite envy Rufus. His experience, his emotions, his lessons, his tireless charm, his mercurial spirit.

The soft confessional tone of ‘I’ve sinned a lot etc’, the self-awareness and arrogance of ‘But I’m like sweet seventeen a lot’, which he is, make my heart melt.

However, just watched Pal Joey and can't quite believe that they made a film, with Frank Sinatra, with these songs that he delivers like no one else (‘My Funny Valentine’ and ‘Bewitched’ – God bless Rodgers and Hart) and wasted an opportunity to have him sing them. It’s criminal.

For more on Helmut Berger, see this week's passion: helmut berger as konrad in visconti's conversation piece.
Posted by sshh at 12:33 No comments:

Response to comment. Thanks to all who’ve read this so far. My title is a little tongue in cheek and I’m not averse to all the music currently in the charts, it’s just that the majority follows a very uninteresting formula. I like some Ne-Yo, even Usher.
Yes maybe I'm a bit of a curmudgeon. I think it's because I have to listen to all this so-called 'dance' music at our exercise class and it makes me want to beat my head against the wall. The songs are actually unlistenable, just a few words and a sliver of a tune being repeatedly stomped into our brains. Our teacher thinks that if it got to no. 1 then we must all like it but even she is having to stop them halfway through and go on to the next one and she only cares about the number of beats. What I wouldn’t give to hear ‘Red Light Spells Danger’, with real soul, a sense of crescendo and atmosphere as well as a pretty memorable tune. Sometimes the only genuine song she plays is Michael Jackson’s ‘Man in the Mirror’ at the end. And it sounds fantastic I can tell you.
And the thing is the songs you’re talking about were one-hit wonders, they weren’t from people who were regularly getting into the charts. They were widely acknowledged to be rubbish. Yes, there’s always been bad music but it’s never been as successful before nor has there been so much of it with exactly the same content. I still think any generation deserves more than one tiny refrain in each song so I suppose you’re right, I don’t get it.

Here are a few links to music I do like:

Citizen Cope - Bullet And A Target

Grant Hart - Remains to Be Seen
Jackie Leven - Call Mother a Lonely Field
Kinks - I'm Not Like Everybody Else (Live) (Audio only)
Jackie Leven - Snow In Central Park
Billy Ocean - Red Light Spells Danger
Posted by sshh at 10:09 No comments:

'And I hate modern music'*

* From 'Sixteen' by the Buzzcocks (Pete Shelley)

Watched a documentary on Ron Sexsmith on BBC4, featuring many respected musicians (Elvis Costello, Steve Earle) singing his praises and appearing as bemused about his relative lack of success as he seems to be himself. I’m of the opinion (as someone with two Ron Sexsmith albums, who’s seen him in concert three times) that he’s had as much success as his talent warrants these days. And I’m not saying that he’s not talented. He is. But I’d venture to suggest that he’s pretty lucky to have had a TV show made about him. There are hordes of as or more accomplished or inspirational singer-songwriters out there who remain similarly unsung and can only dream of the recognition and respect that Ron has had – Jackie Leven, Grant Hart. It’s not that his talent is limited although I do believe that his songwriting was better in the early days. It’s that its appeal is restricted – because of his idiosyncratic delivery and style. I would not want this to change. It’s a mystery to me how someone like Rufus Wainwright (love him, don’t like his voice), surely as much of an acquired taste vocally as Peter Perrett or Gordon Gano, has been so successful but he’s definitely an exception. The rest of these musicians write, make records, tour (often extensively in Germany) and do it without expecting or receiving any acclaim. Usually everything is done on a shoestring, to get the music out there.

These days the world, the general public, does not recognise the blend of playfulness and erudition in a Grant Hart lyric (on a concept album called The Last Days of Pompeii, referencing Pliny and Herculaneum), or value his effortless, timeless melodies or appreciate the majestic grandeur of Jackie Leven’s voice or respond to the emotion in his delivery. Today if it’s going to be a hit, it has to be about having a party down the club and putting your hands in the air. And preferably the lines are repeated over and over again, for instance, ‘Tonight’s gonna be a good night’ until they make you want to beat your head against the wall.

The charts are full of these so-called songs, which consist of one refrain, sung or played over and over ad infinitum, often this refrain being a sample from an older song (so not even an original tune), usually with all the passion or feeling leached out of it, so it sounds as if it’s been sung by an auto-tuned automaton (again the Black-Eyed Peas are a perfect example with their soulless rendition of ‘Time of My Life’ but I shouldn't leave out the Fugees assassination of 'Killing Me Softly', into which they introduced what the song previously lacked, some idiot going 'One time', 'Two time') and then some extremely childish rap with clichéd rhymes, for example, ‘it’s the girls on the coast, I like the most’, or words repeated ‘I see my friends, friends, friends’ or mingled with uninsightful lyrics, such as JLo’s ‘Let me introduce you to my party in the club’. This nonsense spreads like wildfire. It’s infinitely depressing to me to think that this is all anyone wants to hear: songs with the singer boasting about how sexy they are, how they’re going to rock the club, or repeating their own names, etc. There are occasional exceptions, such as Beyoncé’s ‘Halo’ or 'If I Were a Boy', which has the added distinction of using the future conditional correctly, but they really only serve to prove the rule. Sometimes there’s a snatch of a pleasant-enough tune but the mindless drivel of words that accompanies it is like Chinese water torture – it infiltrates everything until it’s ubiquitous and erodes my will to live. Nobody wants to hear real sentiments or ideas any more. Gone are the days of wordsmiths and tunesmiths like Neil Young or Gordon Lightfoot. Or rather gone are the days when writers of such calibre could achieve mainstream recognition while expressing different takes on society or challenging ideas. In the 60s and 70s, it was considered a virtue to write something deep, moving or politically resonant. Now it’s a very difficult climate for intelligence or authenticity. There are musicians out there who are creating worthwhile songs, whose lyrics have integrity, like Citizen Cope or Shakey Graves or Ciaran Lavery, but the market is on the decline.

It’s all to do with the general dumbing down of everything in society. I would go even further and say that society has started to glorify ignorance, that if you use a multisyllabic word, you’re reprimanded for it. Why is that the contestants on American Idol or The X Factor aren't ashamed that they don’t know any music by the Beatles, for instance, claiming that this is because they’re too young? You don’t have to have been born in the same era as Tchaikovsky or Frank Sinatra in order to appreciate their work – I hesitate to say oeuvre – true talent is timeless.

So what we’re left with is lowest-common-denominator music. Don’t get me wrong. I’m not anti-hedonism. I’ve nothing against people having a good time but does it always have to be at a party in da club? Don’t they enjoy anything else? Don’t they want to sing about anything else? Doesn’t a grown man find it demeaning to repeat ‘Weeh ooh’ at various points in a Gwen Stefani chorus? Hasn’t he any self-respect? Or is it only about the profit margin? His qualms disappear on the way to the bank. Bands like the Sugababes used to have some meaning in their lyrics, some lyricism even, in the songs they chose to release (‘Ugly’, ‘Too Lost in You’) and some passion in their delivery. But that’s all changed.

While this trend continues (maybe it began with the soulless and anaemic renditions of great songs by fey-sounding women – Eva Cassidy with ‘Somewhere over the Rainbow’ or more recently Ellie Goulding’s ‘Your Song’ – and I can only see it expanding as there seems to be an endless appetite for it), the niche market is continually contracting and the Ron Sexsmiths of this world, the songwriters who seamlessly meld a gift for words with melodies that seem organic, so natural that it’s like they always existed as they flow from verse to chorus to bridge, have no place in the mind-numbing round of girls, clubs, parties and electronic samples from previously released songs.