Who should play Ray and Dave Davies in the Kinks movie?

20 March 2014 Update
In view of the latest developments on the Kinks film, i.e. none, I've revised this blog to make a few more suggestions. Feel free to comment.

Being driven to distraction by the people put forward on the Ray Davies Forum as possible candidates. I want to stick my oar in but have no idea how to upload pictures to a message so I have to do it via a quick blog.

No no no! Not Matt Smith. Have you all lost your minds? He can't be Ray. He’s not nearly attractive enough. Nor is Ben Whishaw. It’s not enough to bear a slight resemblance from a certain angle if you crop half his face off. He has to be beautiful.

It’s immediately apparent that we all see Ray and Dave differently. We can only be subjective. With that in mind, here I go.

Ben Barnes is a possibility and he looks great with long hair. He's played Prince Caspian and Dorian Gray. Swashbuckling or effete, he can do it. 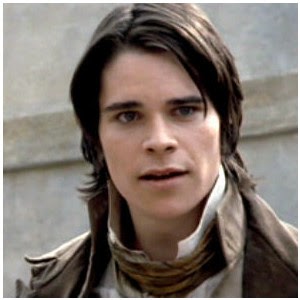 Or how about Hans Matheson? Great actor, plays guitar and has already accomplished the pseudo-Cockney thing Ray has going many a time. His performance in Dr Zhivago should have propelled him to stardom instead of the wooden Keira Knightley. And he has Ray's generous mouth.

Cillian Murphy has already sung ‘You Really Got Me’ in Disco Pigs. Also a musician and an actor. Perhaps he’s too extraordinary looking though, with those cheekbones and eyes. For Dave maybe? We’d have to tone him down and rough him up a bit (Cillian not Dave). But I think he could do that insouciant innocence Dave somehow retained while he was a rampant teenage sex god. And he could definitely achieve the femininity of the ‘Sitting in the Midday Sun’ Dave. See Breakfast in Pluto for proof.


Of course it’s going to be an impossible task to find anyone who could express their myriad qualities and different looks in a movie. You can't go with someone who, from a specific angle, bears a slight resemblance because they have to be as physically captivating as the brothers were. There has to be androgyny, ripeness (but not over-ripeness which would be the problem with Michael Pitt), a certain delicacy and amazing smiles, not forgetting the very uneven British teeth. The actors would need to have something comparable (rather than having any particular feature in common) that allowed the overall impression to be strikingly appealing in order to convey the indefinable, irresistibly attractive nature of Ray and Dave.


Perhaps the 70s hair can be achieved by a certain (un)styling – though I’ve never been able to get anywhere near it myself.

But have any of you seen the aforementioned ‘Sitting in the Midday Sun’ video? Perhaps looking at actors is the wrong way to go. How about some girls?

Mind you, I’m a little worried that this creative team will produce something dated and irrelevant: unimpressed by the ancient sitcom writers, none of whose work has really entertained or amused me, and Julien Temple, who seems rather a one-trick pony (just my opinion) although I don’t mind the ‘Come Dancing’ video. I know the Davies have a track history with him and it might be ‘better the devil you know’ although I’m loath to quote Kylie at this point. Perhaps they’ll prove me wrong. I hope so. But I really don’t want the Kinks story to be reduced to a comedy of hackneyed one liners. It has to be so much more than that because it was.

I’m not sure whether Ray’s judgement can be trusted on these matters, given the almost uniformly abysmal videos the Kinks turned out in the latter part of their career. You know the ones I mean, with the repetition of clichéd tropes (images within images, the person stepping into the movie frame, the photo coming to life, the band on the TV in the living room, the camera passing through the window of a house into another time, and so on) and the obligatory unattainable (or now lost) wispy, ethereal girl wafting in and out of time and shot, for example, 'Lost and Found', 'Down All the Days' and 'To the Bone'. The sweet 60s promos were far preferable, charming and straightforward – ‘I know! We’ll show them sitting on a bench. In the park!’ ('Starstruck', now no longer available on YouTube, such a shame) or ‘I know! We’ll show them walking. In the park! But it’s called ‘Apeman’ so one can be costumed as a gorilla!’ or ‘I know! We’ll have them playing their instruments. In the park!’ ('Sunny Afternoon') Brilliant.

Some extra ideas. Let's not reject Vincent Kartheiser, here looking suitably androgynous (and rather elfin so maybe Dave?) as Connor in Angel and he can effortessly achieve sulky (surely much called for in the endless battle between the brothers?) or Jared Leto (always loved him in My So-called Life as the unattainable, cool-without-trying Jordan Catalano but should have got him before the Oscar but hey, it's a wishlist) who also sings/plays in a band (30 Seconds to Mars). Here's a link to their song, Hurricane.

And a couple of suggestions from leftfield or from out of the ballpark and down the street a way (I may be mixing American game metaphors here). How about Christian Kane? He sings, plays guitar, acts, has long hair and is cute. Here’s a clip of Sever from the Jazz Café last year. Of course he’s Texan and sings country but Muswell Hillbillies, anyone? The accent might be a problem. He loves to fight so could suit either of the Davies boys. Ok I admit it's just an excuse for me to put this picture of him in my blog.

And, one from outer space (he does look a bit like an alien): Benedict Cumberbatch. Ok, he doesn’t bear any resemblance to the Davies brothers being pretty striking rather than strikingly pretty and he looks better if part of his face is covered up for some reason – it doesn’t matter which part. Check out Google Images and you’ll see I’m right. But if we knocked the hat about a bit, he could fit into the promo for Dead End Street.

Of the cast, Julien Temple says: ‘I think you would want to have the music played by the actors ... that is believable and real while miming is problematic’ so that leads us back to Hans, Cillian, maybe Jared or Christian.

Anyway I’ve stuck my oar in and now I’m going to paddle my boat hastily away before someone scuppers me.