The Kinks – Progress of an Obsession: Part II 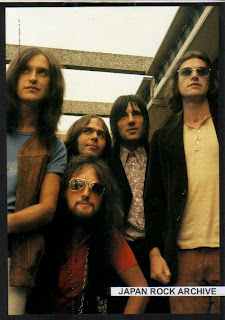 So now some thoughts as I journey into the Kinks back catalogue as well as wander through some more up-to-date songs from the Davies brothers. Please forgive the zeal of the newly converted.

First of all I think there are two reasons why songs I didn’t think I knew seem so familiar to me. One is that they have that uncanny ability to infiltrate my consciousness and take up residence there, even if I’ve only heard them once. Another is that there are songs by different artists, which contain sometimes very small snippets of melodies from Kinks songs. But how is anybody supposed to write songs when the Davies brothers have written them all already? Here are some examples that I feel owe a little debt to the Kinks. Let me know if you agree or can think of more.

99 Red Balloons – Nena / Better Things
Mulder and Scully – Catatonia / Get Back in the Line
Hello, I Love You – The Doors / All Night and All of the Day
Lorraine Parade – Danny Wilson / Do You Remember Walter?

I won't be listing which song is written by which brother. You probably already know. The majority of Kinks songs were written by Ray but Dave’s songs are great favourites of mine too. Dave’s songs are emotional (like his personality) and tend to bypass my head and go straight for my heart; Ray’s are more sentimental, more observational but just as touching. Lucky for me I’m partial to both. 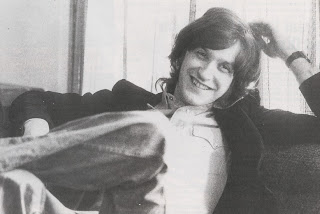 I’m Not Like Everybody Else
Listening to this song I didn’t know – performed late in their career, the 90s, with Ray on lead vocals but actually a really early release, the B-side of Sunny Afternoon, 1964 (and originally sung by Dave) – it sounds totally contemporaneous with the 90s and is quite aggressive, bitter, defiant and triumphant. Challenging, even threatening, and Dave’s guitar is amazing. Glorious to hear the crowd joining in. The original version is much lighter and less antagonistic, less guitar-heavy. Now both brothers sing the rocked-up version brilliantly. That’s the thing though – there are so many songs, many of which were only demos or B-sides and more or less thrown away and yet they’re tons better than anything in the charts today. I mean This Man He Weeps Tonight, Well-Respected Man – how can you better that?

Get Back in the Line
Several nights running I’ve had a refrain in my head and even though I’ve listened to loads of songs throughout the day, this hook stays with me, plaintive and melancholic and such a great tune, proving itself unforgettable. My sister eventually identifies it as Get Back in the Line. And it’s not even the chorus but the verse. Oh my God, what a song. Every day I wake up singing a different Kinks song. It’s bliss.

Starstruck
After seeing the video, you can understand why the band could forgive Dave later for spitting in their faces (as Ray claims). He’s impossibly sweet, impetuously grabbing Pete Quaife’s hand. All of them look like they’re having such a great time. So incredibly young and full of happiness. Why couldn’t it stay like this?

Waterloo Sunset
Can't add too much to what’s already been said by Pete Townshend and his ilk. The lilting melancholy melody seems to ebb and flow to the gentle rhythm of the river. An elegy for London.

The Village Green Preservation Society
A title that I can’t imagine grabbed anyone in the 60s but a characteristically and curiously charming song. Footage is from some BBC show from the 70s I think. (Why doesn’t the BBC show all of them, instead of tiny snippets on other programmes?) You can see that Dave is waiting for Ray to start and sometimes finish the line because he’s forgotten the words and there really are a lot of words. I can't imagine that Dave ever knew all of them, particularly not the ‘consortium’ line. But you’ve got to love someone who can rhyme vernacular with Dracula in a song. Or ‘regatta’ with ‘get at her’. Sublime.

Picture Book and Mr Pleasant
The counterpoint between the two of them really makes the songs. Dave forever smiling and Ray occasionally granting a smile to Dave. Their voices blend and echo each other so perfectly. The video for the latter is so affecting. They actually look like they like each other. Could Dave *be* any cuter? Can he see himself in a mirror (straightening his hat, fixing his hair)? Could anyone else carry off that ridiculous hat with such aplomb and charm? I like the way he gives the nod to the trombonist to come on, very pantomime. Unbearably lovely.

Holiday
Another song that rings a faint bell. 1973 concert. Ray’s eyes so beautiful when he finally opens them. He goes from fey and affected to impassioned in a heartbeat. God, the boy can sing. By now, he’s grown into his looks and has let his hair get long – it’s a lovely incarnation. He looks ghostly - sweaty and preternaturally pale.

Working Man’s Café
Ray dedicates the middle eight to Dave. I speculate that Ray is always trying to communicate with Dave through songs or asides at concerts, that many of his songs have lyrics about Dave (and himself, all mixed up). Here it’s:

I thought I knew you then but will I know you now?
There's gotta be a place for us to meet
I'll call you when I've found it
I only hope that life has made us a little more grounded

But other examples are Dandy, Better Things (some verses seem to be about Dave, others about Ray), Dedicated Follower of Fashion, Rock and Roll Fantasy (surely about them?), All Night Stand, Two Sisters, Heart of Gold (about the two of them), Long Way from Home and possibly He’s Evil. Even One More Time, I wonder about - ostensibly about a former lover but ...

Any more you can think of?

After a very short while, the songs that I initially didn’t like are suddenly favourites: 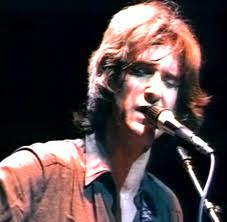 Alcohol
Thought this was too histrionic, too Jacques Brel, too self-indulgent, with Ray melodramatically hamming it up. Now I adore it, particularly the 77 live version from the Rainbow. What a performance! Magnificent hair toss at 4.36ish.

Apeman
First I’m amazed that these kinds of videos (or promos as they used to call them) exist as I thought the concept of song videos didn’t get going till the 1980s. I have to comment on YouTube: Boys – you know it’s wrong to make smoking look so cool.
I’d sort of dismissed this as a silly novelty record. It isn’t at all, despite Ray singing about equality in a non-ironic faux Jamaican accent. And some of the ideas are topical today. But the whole thing is just a joy. It makes you happy. Of course promos in those days seem to consist of people walking around in parks, all very innocent and sweet. Adorable.

In interviews, Ray makes it seem like he knows what’s going on in Dave’s life but he’s usually about three years out of date. That might even be deliberate: a passive aggressive stance. To me, watching them together playing or in interviews, it seems that they fall into roles and Dave will always be the younger, less responsible brother. As Ray says at the end of a song in 1977 – he has to play the wicked headmaster as usual. It’s inevitable but it seems as if neither of them actually likes these roles they’re destined to play.

Ray can only be nice about Dave when Dave’s not there. Then he’ll talk about his incredible right hand or say he was the angst and energy of the band. Otherwise, when they're together, he comes across as dismissive and critical, as if he’s waiting for Dave to mess up and embarrass them both. Sometimes Dave is happy to oblige, do what's expected. Then if Dave gets to say something, joking about not being able to get a word in edgewise, Ray kills him with a glance. But in the Imaginary Man documentary, Ray says of the band, ‘I miss them more than they could possibly know. I miss them. They probably think I don’t but I think about them a lot.’ They obviously still care about each other so perhaps there's still hope for what we daren't dream of.

Addendum
Now, after more exposure to the music (God, I have a lot of to catch up on and it’s going to be such fun), my new favourite tracks are Rock Me, Rock You (so beautiful), Get Back in the Line (as mentioned previously) and All Night Stand.

Next time: My thoughts on the Dave Davies Satsang Weekend.
Posted by sshh at 12:29 No comments: