What I mean by this term is an actor you always call a character name. For instance, Buffy, Grissom, Dawson. This doesn’t mean that the actor hasn’t been any good in anything else, just that they will always be known by this particular series of performances, as this construct, this personality. It informs whatever else they do simply because it’s so recognisable. In a way, it can have a negative long-term effect on a career. It usually occurs in a series as this gives the audience time to identify with the character, to love them, and associate the actor with the role over time. If a series is well written, well observed, intriguing, it tends to throw up more than one of these characters. Buffy (and the spin-off Angel) is a case in point. I would say that not only will we always remember Buffy but also Faith, Angel, Giles, Willow and Xander. 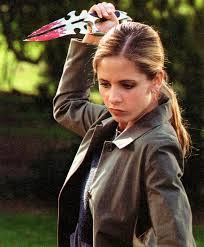 1. Buffy (Sarah Michelle Gellar) in Buffy the Vampire Slayer
Quipping, kicking, hair-tossing her way through Sunnydale (aka the Hellmouth), SMG will never get a better role than that of this ex-cheerleader vampire hunter, falling for a reformed vampire in the process (yes – way before Bella) and saving the world (a lot). Joss Whedon created an, I hate to say it, icon. An inspirational heroine.

[The only bad thing about Buffy and Angel is that they may have somehow spawned the dreadful, poor-copy TV and film dramas that followed. You know the ones I mean – The Vampire Diaries, True Blood and the incredibly dull, anodyne, humourless and po-faced Twilight franchise. Buffy the character and Buffy the show are everything these are not – sexy, funny, entertaining, gripping, postmodern (quick to cite other teen shows like Dawson’s Creek, with wit and sarcasm) and occasionally erudite.] 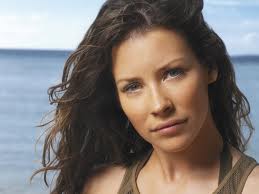 2. Kate (Evangeline Lilly) in Lost
Another great female role model. Ok, she was wanted for murder ... Sexy, tough and able to rock sweat-stained T-shirts. The love triangle between her, Jack and Sawyer kept us as enthralled as whatever the hell was going on on the island. Confident, conflicted, convicted, it might be a while before Evangeline gets a part to compare with this. Again, many of the other characters were beautifully realised (Naveen Andrews as Sayeed, and Terry O’Quinn as Locke, in particular). 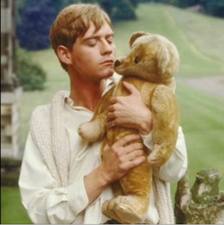 3. Sebastian Flyte (Anthony Andrews) in Brideshead Revisited
Impossibly romantic, incredibly charming, fatally flawed Sebastian. Astonishing to think it was Jeremy Irons (who played the rather dull follower, Charles) who went on to become the movie star. Is it because we’ll always imagine Anthony Andrews with Aloysius under his arm? The novel was amazing source material but the filmic production values also helped. Nostalgia – it ain’t what it used to be.

[Saw an ad in a brochure once for ‘nostalgic fridge magnets’. I wonder what they are exactly and imagine a couple stuck on a fridge. One says to the other ‘Remember that last fridge we were on, mate?’ Other replies ‘Yeah. That was a great fridge’.] 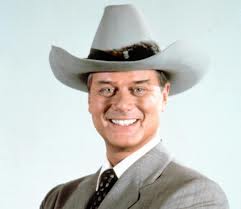 4. JR Ewing (Larry Hagman) in Dallas
Need I say more? Well, a little. Cunning, recidivist, charming, cruel, with a twinkle in his eye and just the right word to send poor Sue Ellen back to the bottle. He made being a cad look easy. The ‘Who Shot JR?’ storyline had everyone hooked in the 80s and was resurrected in the excellent new Dallas. I’m glad he had a chance to reprise his role and teach the young bucks a thing or two. Rest in peace. 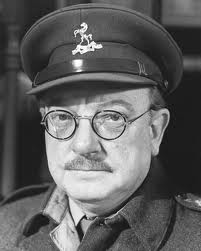 5. Captain Mainwaring (Arthur Lowe) in Dad’s Army
On endless repeats on BBC2, the charm of the character is that he takes himself and the situations so seriously, even when they become completely ridiculous. It’s not often you laugh at and with the straight man. Just the right blend of bumbling and self-importance to create bathos. 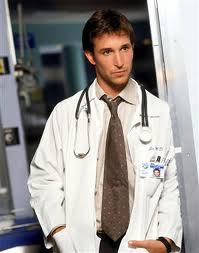 6. John Carter (Noah Wyle) in ER
He’ll always be Carter to us, the junior doctor with whom we entered the exciting world of ER. A sort of Everyman, experiencing everything, from the acerbic mentoring style of Peter Benton, to a romance with Abby, drug addiction, a refugee camp in Africa, and so on. The writers really put him through it. The longest lasting character (there long after Doug Ross and Mark Greene had moved on), he provided continuity and stability, traits evident in his on-screen persona. 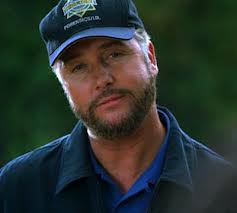 7. Gil Grissom (William Petersen) in CSI: Crime Scene Investigation
Attempts to replace Grissom with another character have not been that successful. Laurence Fishburne was an interesting choice and worked well for a while. I like Ted Danson too but unfortunately he brought with him my least favourite character, the ever-smiling Finn. Grissom was a dysfunctional manager, possibly on the autistic spectrum, obsessed with entomology, usually seeing the trees rather than the wood, flawed but dogged and strangely likeable. 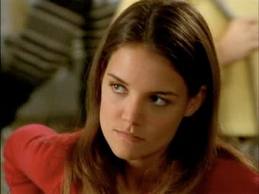 8. Joey Potter (Katie Holmes) in Dawson’s Creek
One of those girls-next-door (usually tomboys with crooked smiles and good at the one-line put-down that is sarcastic but not scathing) desired by every boy, a desire that the tougher ones express by calling the girl by both Christian name and surname. Involved in one of the classic ‘will-they-won't-they?’ on-off romances (with Dawson, the movie-loving, eponymous protagonist played by James Van Der Beek, who’s also struggled to escape his character in this), while also adored by Pacey (the lovable Joshua Jackson, the one who gets to use both names – ‘Joey Potter’).

Other TV Opinion8 blog is on Must-See TV.

To check out my reviews on Amazon, follow this link.